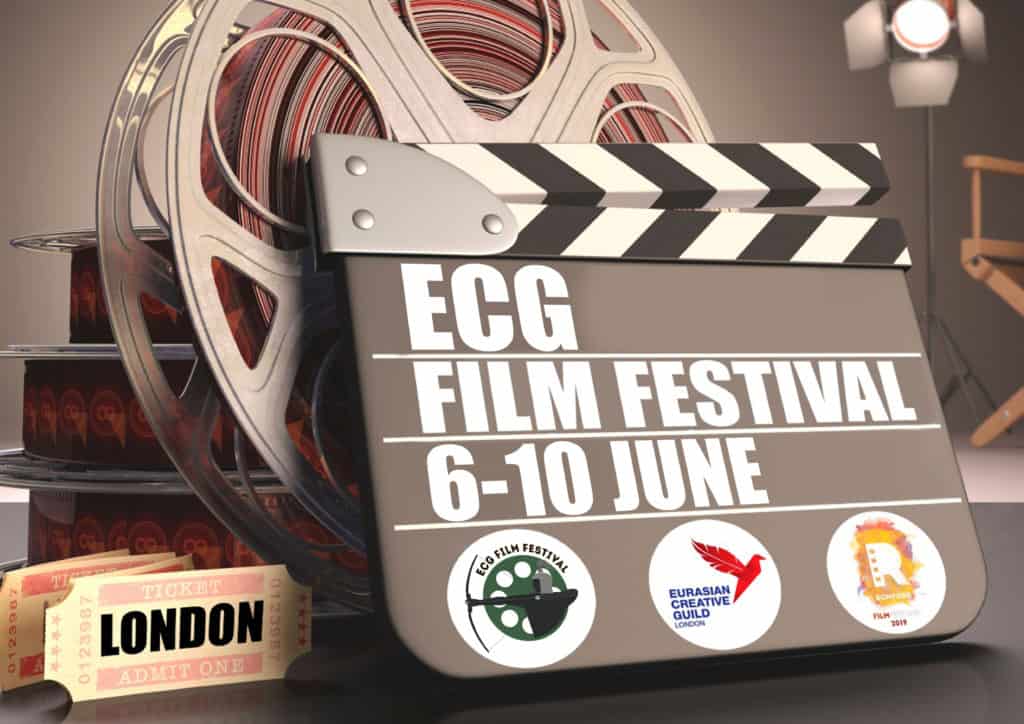 June 2019, the Eurasian Creative Guild launches the first festival of Eurasian films, the ECG Film Festival, which will be held as part of the Romford Film Festival in London.

ECG Film Festival is a platform to promote Eurasian region cinema, bringing it to the English-speaking world!

The Festival will introduce those in the Eurasian film industry to film professionals from all over the world. Acquainting the world with films personifying Eurasian countries and their peoples. Thus opening the doors for collaboration opportunities, joint development and growth.

The western market of cinema is ready to accept the Eurasian market as professionals from all regions of Eurasia are in demand more than ever. Hundreds of talented directors, producers, actors, directors, animators and screenwriters are ready to enter the world market and show what they are capable of.

Film festival in London as a platform was not chosen by chance, as many world film studios use the UK for filming and editing world-class blockbusters.

The Romford Film Festival is a stable, well-established festival attended by a large number of film professionals and residents of London. This association is the surest solution for attracting the maximum amount of attention from the press, viewers and film professionals to Eurasian cinema.

For many years, the Eurasian Creative Guild has supported and promoted filmmakers as part of Open Eurasia contest. Where the ‘videofilm’ category has been awarded the Nemat Kelimbetov Prize for best film based on literary works. Now time has come for a standout film festival promoting the Eurasia film industry, exemplify their talents and their works throughout the world!

Eurasian Creative Guild (London) — Eurasian Creative Guild (London) is a new forum for creative professionals. A virtual as well as an actual platform, whereon creatives from every sphere can unite. As much, dozens of globally significant creatives have already joined forces is an attempt to offer each other mutual support. Men and women from across the planet who believe establishing an association of writers, musicians, dancers, illustrators, graphic designers, sculptors and poets – along with anyone else who considers themselves truly creative – will benefit everyone involved in this partnership.

Open Eurasian Literature Festival & Book Forum – OEBF – is an annual international literary festival and forum that unites poets, writers, artists, directors, creative people of any profession from the Eurasian region and from all over the world. The festival and forum is built on the principle of openness and interaction of all arts based on literature, providing an opportunity to establish a dialogue within the literary and cultural space and providing an opportunity for authors to express themselves.