On 30th November, The Antropov Foundation jointly with Apollo Film and Russian Day launches its first London event – the premiere of the documentary film Vysotsky. Odessa Notebook directed by Anatoly Balchev and produced by Mark Ivasilevitch.

Despite the actor, poet and bard Vladimir Vysotsky enjoying a semi-mythical status in the USSR, he is relatively unknown in the West. This was in spite of marrying a French actress of Russian descent, Marina Vlady and touring France, Poland, USA, Mexica, Canada, and other countries. Nevertheless, with an ever-increasing interest in his person and poetry in the UK, the organizers are hoping that the documentary, based on reminiscences of Vysotsky’s friends and colleagues, will be enthusiastically received, especially as the launch, will be attended and inaugurated by his son Nikita Vysotsky.

“I am ready to die here a hundred times and to be born a hundred times again”, – said Vysotsky about Odessa. The subject for the film was chosen because, “for Vysotsky and his actress wife Marina Vlady, Odessa was the city of light, happiness, and love”, – commented producer Marc Ivasilevitch. Indeed, the city had a very special place in the artist’s life and career: from 1966 onwards, he starred in iconic films shot at the Odessa Film Studios, such as the mountain climbing drama, The Vertical, the comedy, Dangerous Tour and the criminal detective tele – series, The Meeting-Place cannot be changed, for which Vysotsky was posthumously awarded the USSR State Prize for the role of Sharapov. It was in The Vertical that his songs were first performed as a film soundtrack and then released as his first solo record. Even when he did not reprise any roles at the Odessa Film Studios, Vysotsky would frequently compose songs or soundtracks for the films produced there, and a bronze monument of Vysotsky now stands in front of the Film Studios. Yet, despite all that, the role of the city in Vysotsky’s career remains greatly underestimated and unexplored.

The event organized by the Antropov Foundation, based in Monaco and London, intends to bridge this gap and introduce Vysotsky to London audiences. 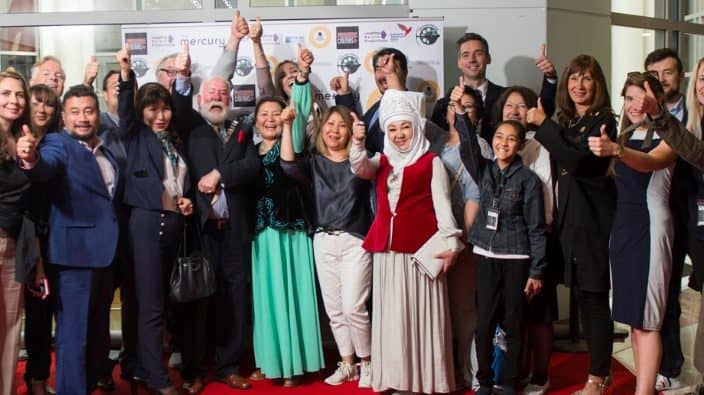