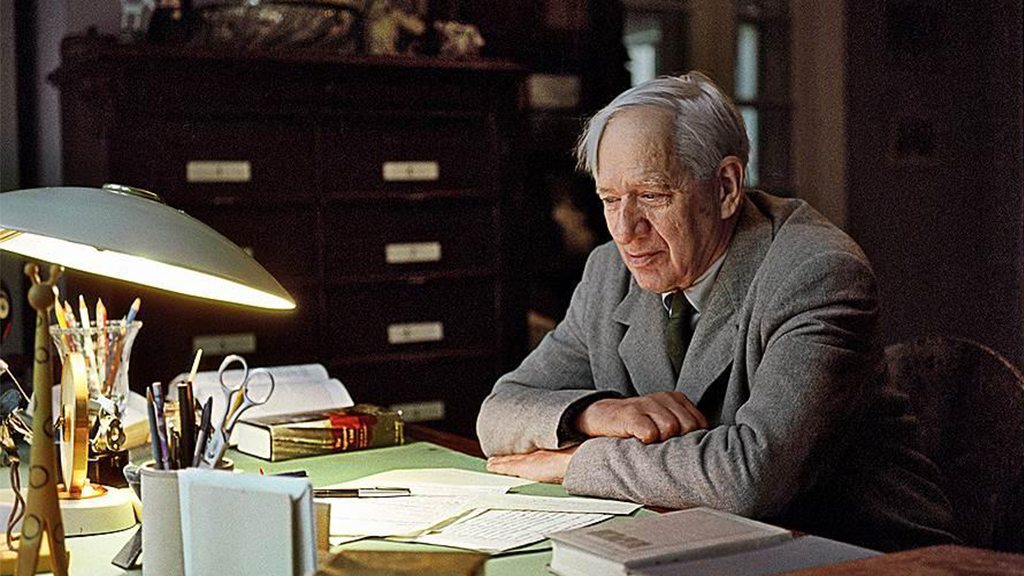 The author of Doctor Aybolit and The Monster Cockroach — some of the most famous Russian children’s fairy tales — Korney Chukovsky visited the UK three times, met with Arthur Conan Doyle and received his doctorate in literature from Oxford University. Many know Chukovsky as a children’s poet, but in fact, the writer’s work is much broader — he was a talented literary critic and translator. It was in London, while still a young and poor correspondent for an Odessa newspaper, that Chukovsky read the British classics, made notes about the life of a typical Londoner and improved his amazing style. Afisha.London magazine recalls the writer’s three visits to the UK and talks about the impact of English culture on his work.

Korney Chukovsky remains as popular today as he was in the middle of the 20th century. According to the Russian Book Chamber, Chukovsky became the most published author of children’s literature in 2020. Korney Chukovsky is actually a pseudonym taken by the 18-year-old novice journalist Nikolay Korneychukov. After the revolution, the invented name, surname and patronymic — Korney Ivanovich Chukovsky — were made official and then passed on to his four children. The writer’s books have become an important aid in Russian children’s all-round development: they awaken imagination, instil love for proper literary language, explain justice and simply give pleasure. Surprisingly, Chukovsky formed his unique style thanks to reading English classical literature on his first visit to London, where he spent hours in the British Museum and absorbed the atmosphere of good old England at the end of the Victorian era.

The trip that changed Chukovsky’s life

It was 1903 when a young and enthusiastic journalist from Odessa — 20-year-old Korney Chukovsky — tried to find work in Moscow and St. Petersburg, but nobody was interested in his manuscripts. St. Petersburg was the writer’s hometown, but he ended up in Odessa in early childhood, when his mother was forced to return to her homeland after parting with her partner. The atmosphere of big cities delighted young Chukovsky — he realised that he would like to live and create among the legendary cultural figures of the art world. Even then, he was interested in the work of Nikolay Nekrasov, to whom he would devote an entire research in the future, and also actively studied the English language with the help of a self-instruction manual. Back then, knowledge of foreign languages ​​was very rare in Russia, and Chukovsky often received assignments to translate notes from the foreign press for the newspaper Odessa News, where he worked as a freelancer. In May 1903, having returned to Odessa after failures in two capitals, he unexpectedly received an offer to become a correspondent for Odessa News in London. Chukovsky anxiously dreamed of a trip to England for a long time, but the likelihood that a poor and inexperienced journalist would get such a chance was very low. Chukovsky got a recommendation from his colleague, while knowledge of the English language was also a great help, although upon arrival in London it turned out that neither he understood the speech of the British, nor they understood his. 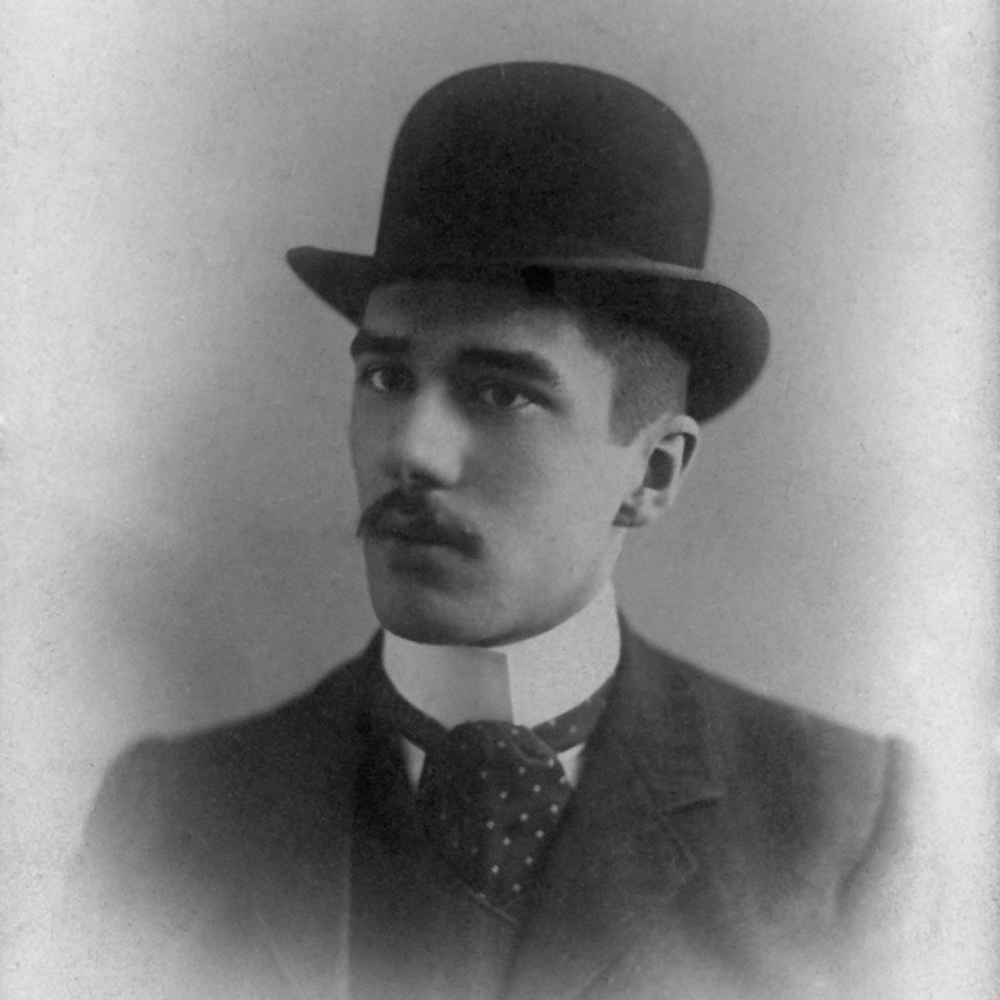 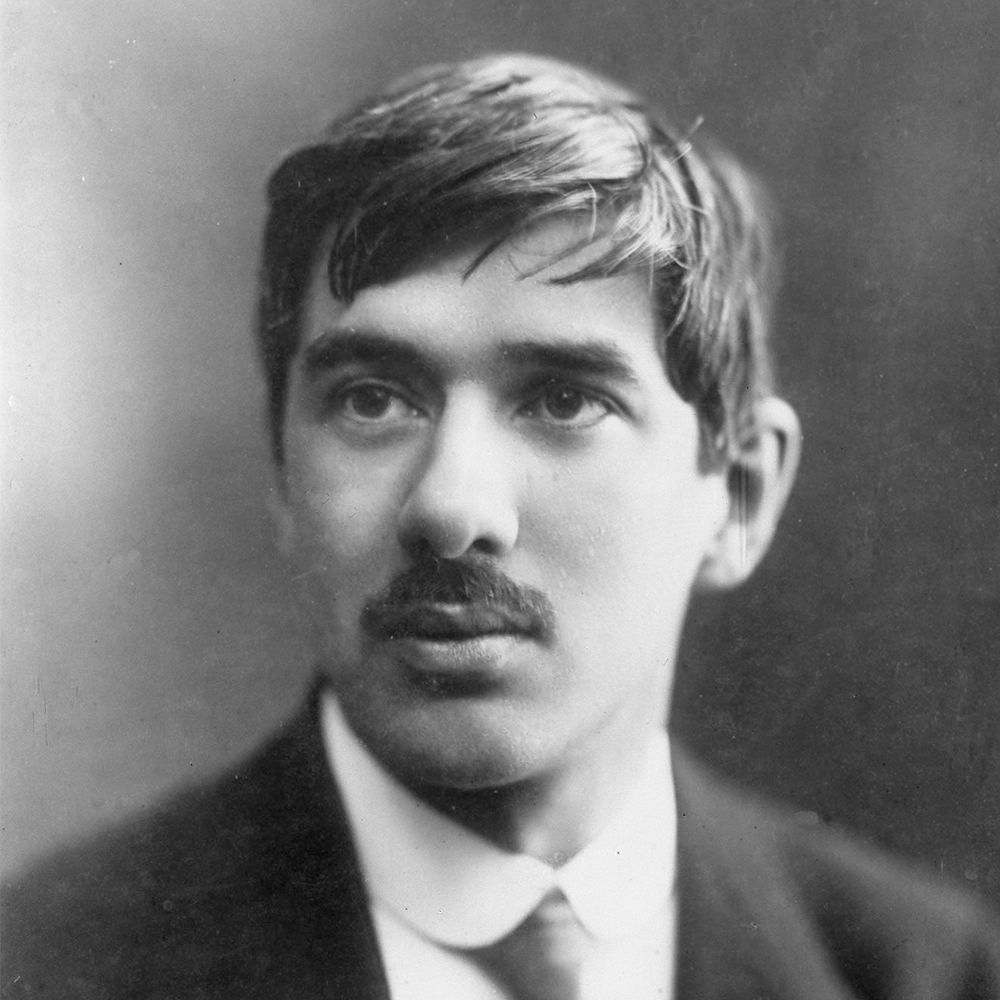 In June 1903, Chukovsky went to London by train, just a few weeks after marrying Maria Goldfeld, who, for the sake of her future husband, converted from Judaism to Orthodox Christianity, so Korney was heading for England full of love and dreams of bright prospects. Chukovsky stayed in London for a whole year until the end of the summer of 1904, and in his correspondence, he described conflicting impressions: he was either ecstatic, walking the streets, which he had only read about in books, then discouraged by boredom and poverty. The newspaper fees were barely enough to make a living, and the newlyweds rented cheap rooms at Montague Place, near the Circus on Store Street, where prostitutes gathered, and Gloucester Street. In the spring of 1904, Korney was able to send his pregnant wife home and settled in a slum on Great Church Street. He observed the unembellished London of a regular working man, and his articles were of the same character. Chukovsky outlined a portrait of a typical Londoner, whom he saw as business-like, conservative, hardworking and indifferent, and described various cultural phenomena: the life of the working class, rallies in Hyde Park, the customs of picky landladies, elections, lawsuits, the life of emigrants and attitudes towards foreigners. For Odessa News, the journalist wrote 89 notes, which he later composed into a valuable cultural study entitled Nat Pinkerton and Contemporary Literature. 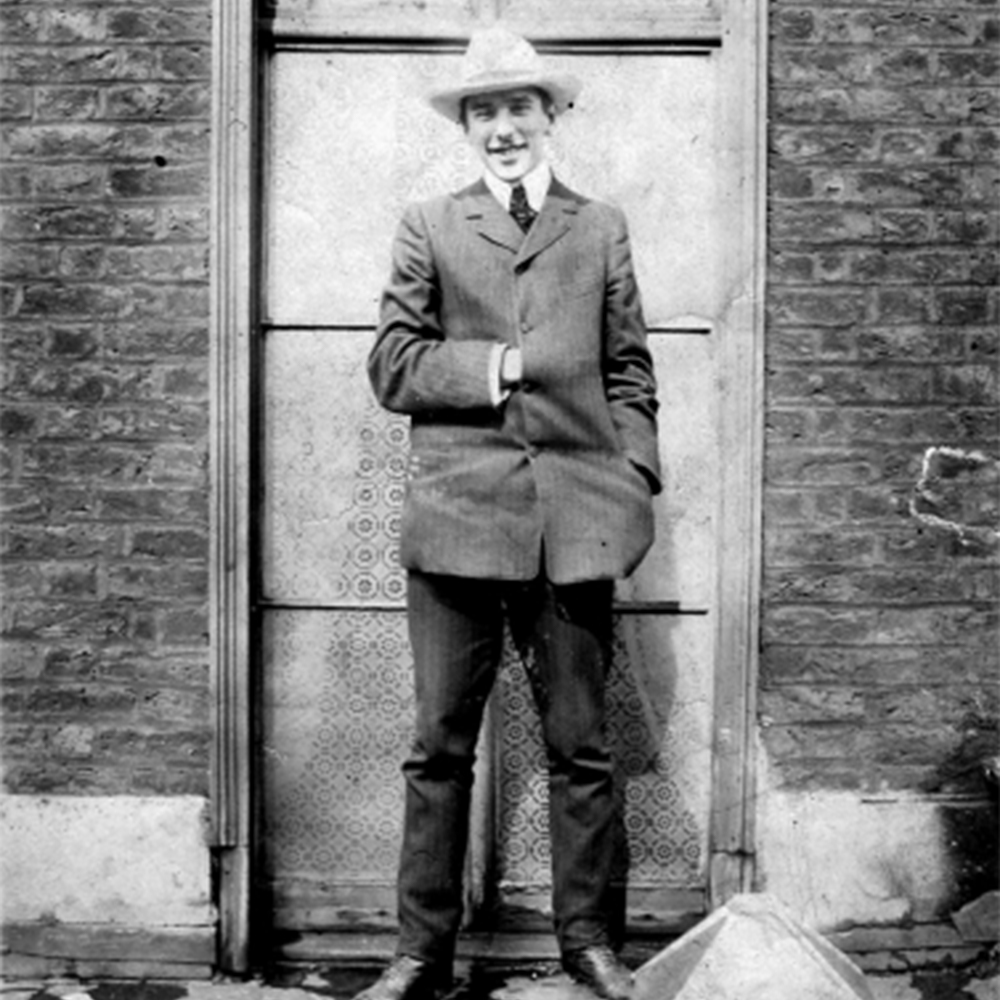 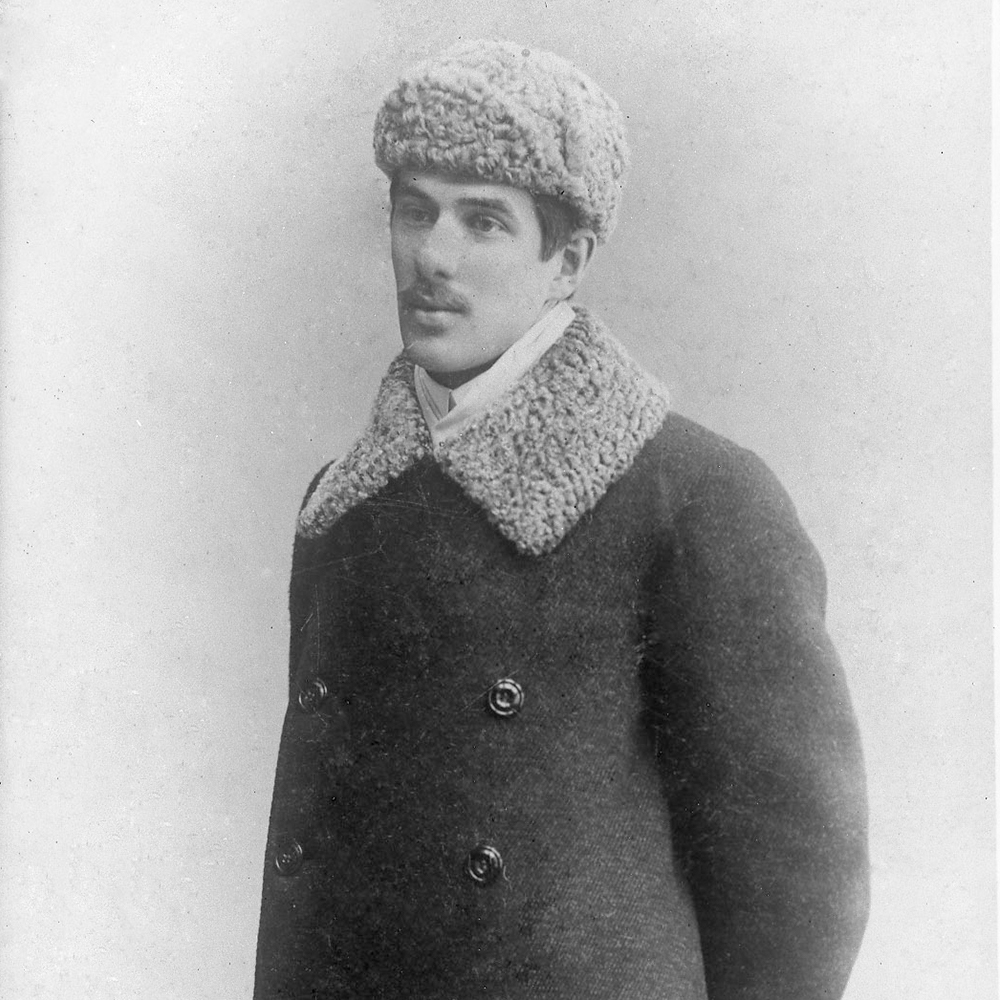 It was in London where Chukovsky’s worldview and his role as a cultural guide between the two countries were formed, which later came in very handy. Every day at 9 in the morning, as if to work, he came to the free reading room of the British Museum Library, where he avidly read Charles Dickens, Ernest Renard and William Thackeray, translated the works of the English poets Robert Browning and Charles Swinburne. The writer was also interested in the detective genre, that was becoming more and more popular — he even wrote down especially successful crimes in his notebook. Over time, the staff of the British Museum noticed a zealous young man who never went out for lunch, and offered him to compile catalogues of Russian books for 1 shilling a day, which the writer was incredibly happy about — for half this amount he could buy himself lunch. At the same time, Chukovsky began to write his first witty poems and make sketches, in which the signature “Chukovsky” style could already be traced. The writer returned home poor, but inspired to change his life.

The second time Chukovsky went to London was in 1916 as part of a delegation of journalists at the official invitation of the British government. At that time, the writer had already gained fame, moved to the Finnish village of Kuokkala near St. Petersburg (now Repino), was friends with the artist Ilya Repin and advocated for cultural rapprochement between the two countries. In 1916, Great Britain and Russia were allies, and the task of the Russian journalists was to cover how the United Kingdom was supporting their country. The delegation was taken along a pre-planned route: guests from Russia visited secret military facilities and barracks, looked at the military aircraft and ships under construction, and visited the front lines. King George V received the delegation at Buckingham Palace, and the journalists were introduced to Prime Minister David Lloyd George, Foreign Secretary Edward Grey and Defence Secretary Lord Kitchener. In 1917, Chukovsky would publish a book of impressions England on the Eve of Victory, where, not without a grain of irony, he gives an account of what he saw. However, what he was interested in were not kings, but ordinary people. For example, the writer was extremely amused by the advice of a resourceful housewife printed in The Daily Mail: in order to preserve the clothes that were worth their weight in gold during the war, the woman recommended that the whole family sew aprons and wear them over their clothes all day. Also, The Daily Mail, according to Chukovsky, urged Londoners to save money and have brood hens in their apartments in order to always have free eggs on hand. 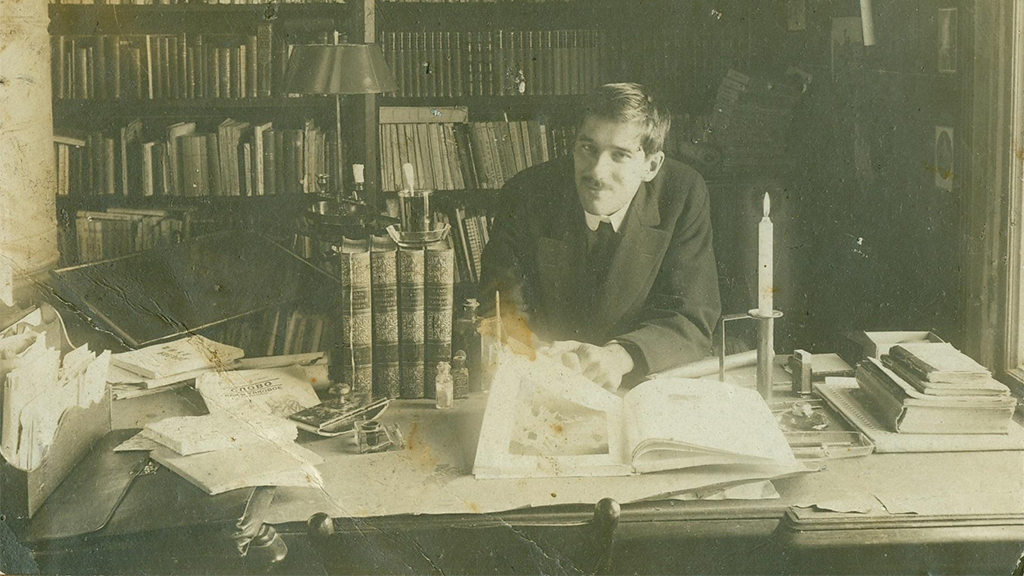 This trip was strikingly different from the previous one — Chukovsky for the first time saw England from the position of an honoured guest. The journalists were accommodated in the luxurious Savoy hotel, and the window of the writer’s room overlooked the Victoria Embankment, where he had been walking with his wife on his first “poor” visit. Banquets, dinner parties and club meetings flowed like an endless river, and at one of the banquets, Chukovsky and Aleksey Tolstoy, who was also part of the delegation, were invited to explore London by Arthur Conan Doyle himself. In the morning, the author of the legendary stories about Sherlock Holmes went to the hotel to get the writers, and under a fine drizzling rain and snow the company went to look at the British capital. They examined the Guards’ barracks at St. James’s Park, visited Westminster Abbey, where the service was taking place, walked along the busy Fleet Street and went to the famous Baker Street, where Conan Doyle “accommodated” Sherlock Holmes. Chukovsky later noted in his introduction to Notes about Sherlock Holmes that Conan Doyle turned out to be a broad-shouldered and ferocious-looking man with a walrus moustache, but “there was something naive and very cosy about him.” 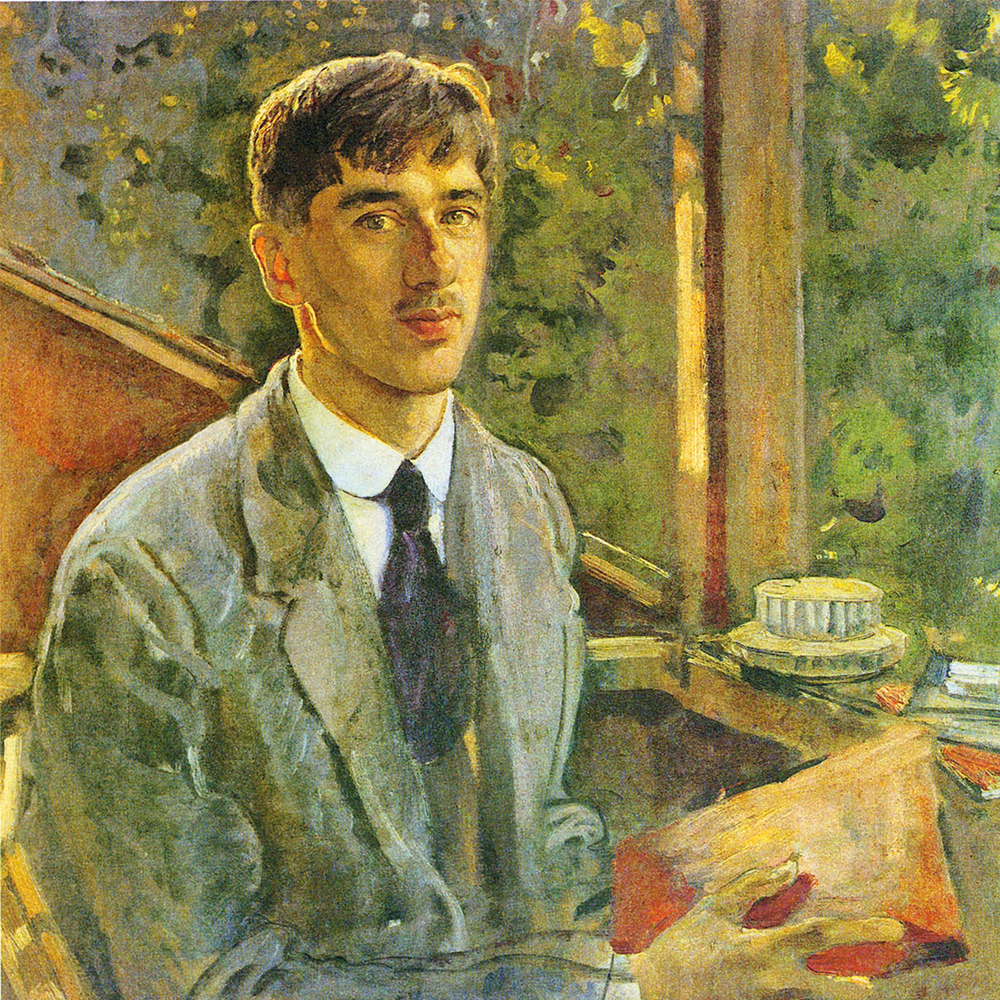 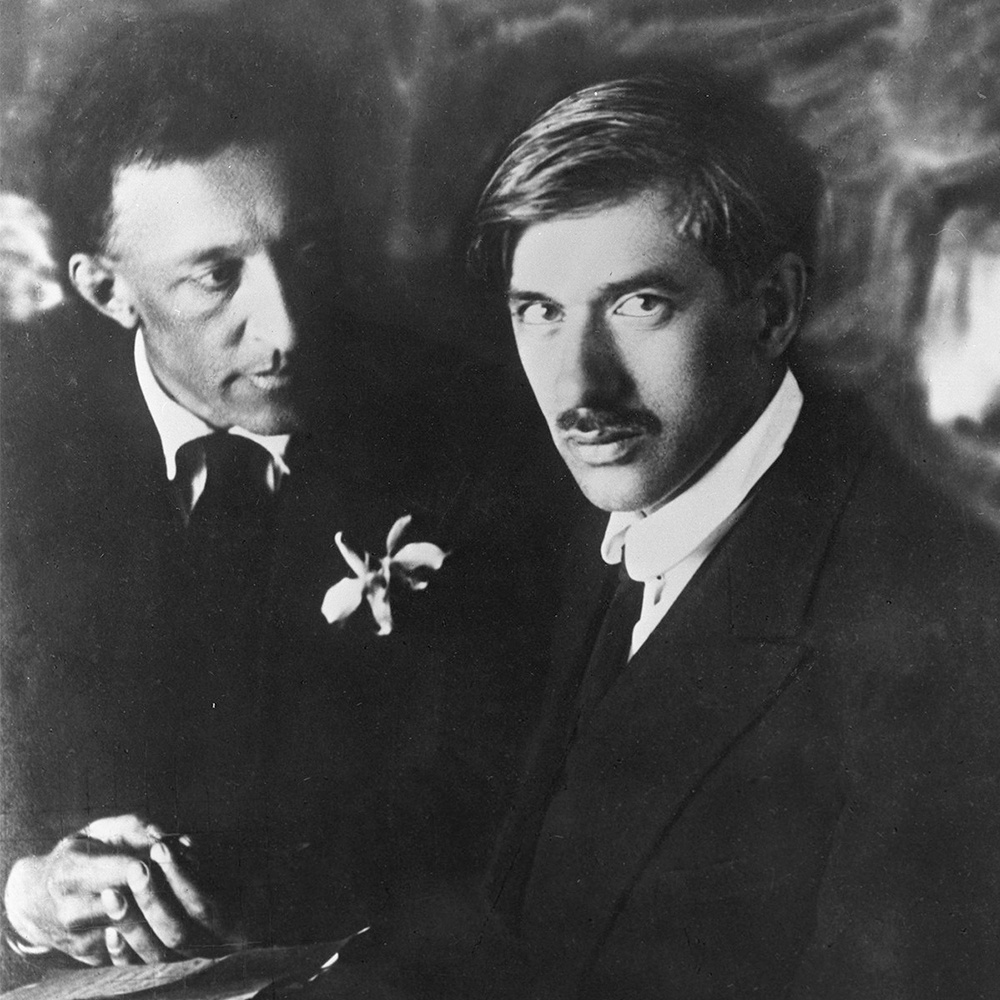 A doctorate at Oxford

In May 1962, Chukovsky made his second official visit to Great Britain. The writer was invited to receive an honorary doctorate in literature (Honoris causa) from Oxford University for many years of educational work and the study of poetry and the life of Nekrasov. Before him, only Ivan Turgenev received a doctorate at Oxford in 1879, becoming the first non-emigrant Russian writer to receive this honour. As in the previous trip, Korney Chukovsky saw his mission in promoting cultural unity between the two countries, only this time Great Britain and the USSR were in a state of Cold War.

The writer settled in the very heart of Oxford — in the expensive Randolph Hotel, while at the All Souls College a dinner party in his honour was thrown. By that time, Chukovsky’s critical articles and fairy tales had already been translated into English, and Oxford students did not leave the living legend alone for a second. The writer read his poems in local and London clubs, and performed for the Russian branch of the BBC. The ceremony of awarding the doctoral degree took place at the Taylor Institution, one of the libraries of the University of Oxford, where 80-year-old Chukovsky was sincerely moved and made a speech. On May 31, The Oxford Magazine published his speech as Thoughts on Receiving an Honorary Degree at Oxford. 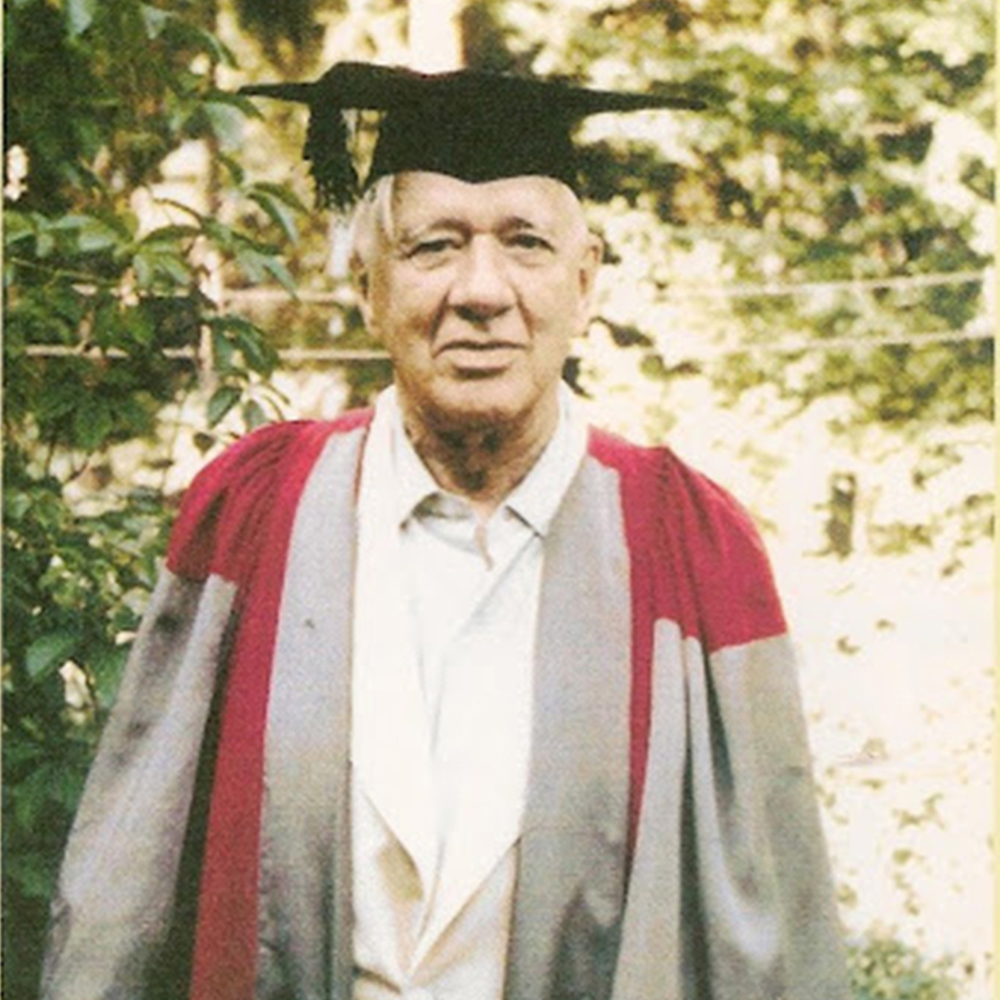 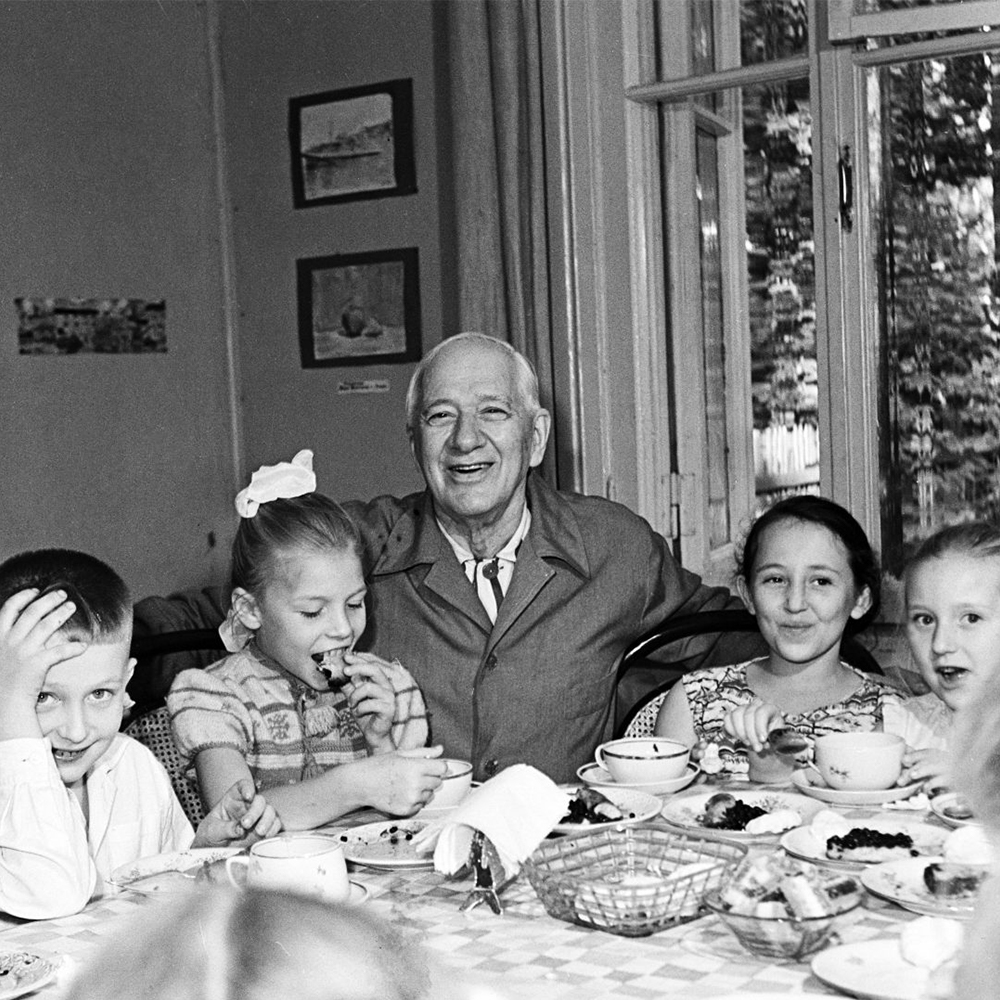 This was Chukovsky’s last visit to England. In memory of it, the writer was left with a beautiful red and grey Oxford robe, of which he was very proud and was photographed in at every opportunity. Now the mantle and other items related to the writer are exhibited in the House Museum of Korney Chukovsky in Peredelkino, where he lived and worked from 1938 to 1969 until his death. The famous storyteller had been doing what he loved all his life and was so passionate about it that his two children, Lydia and Nikolay Chukovsky, also chose to become writers, while his granddaughter Elena Volpe became a famous literary critic. 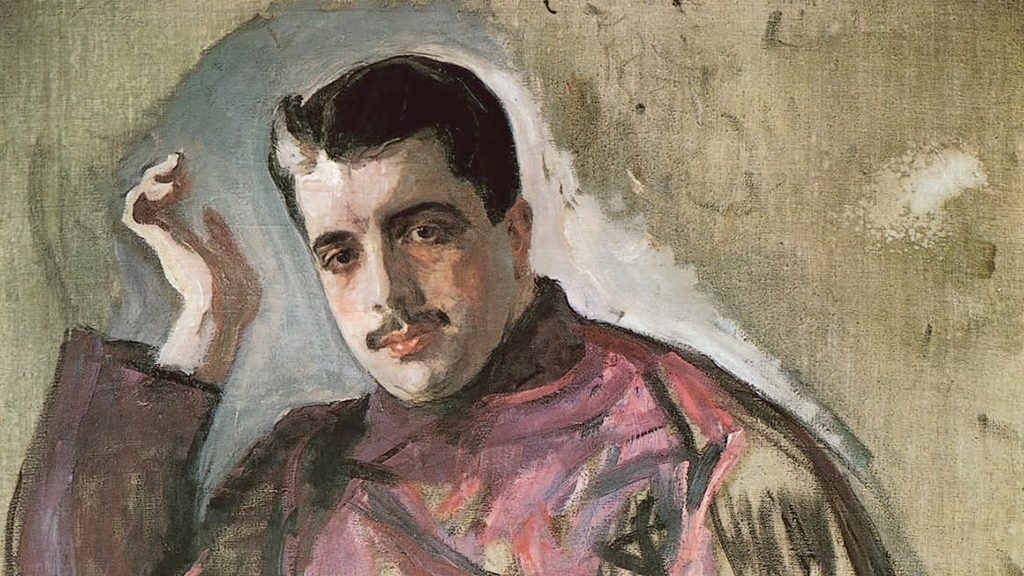 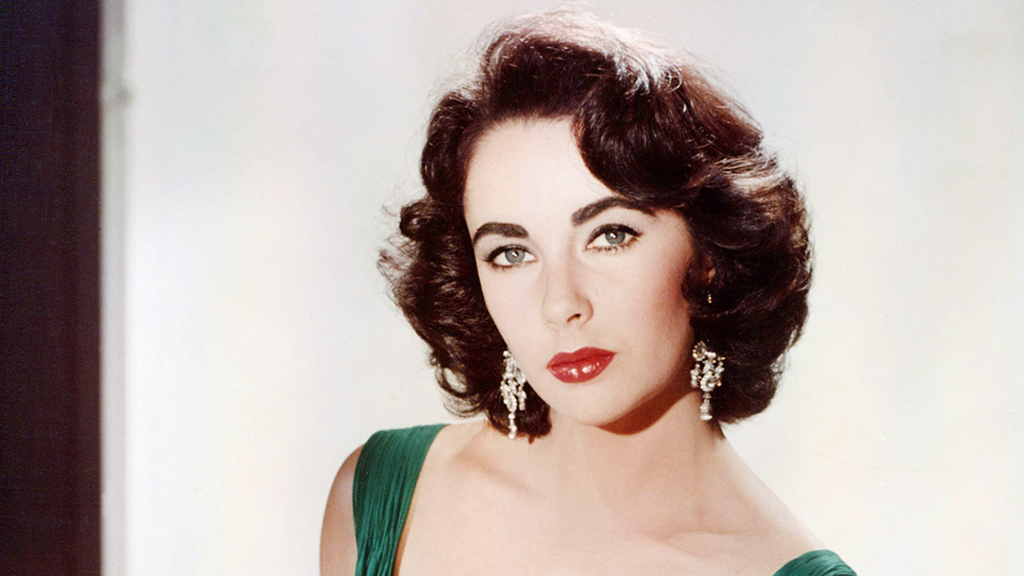 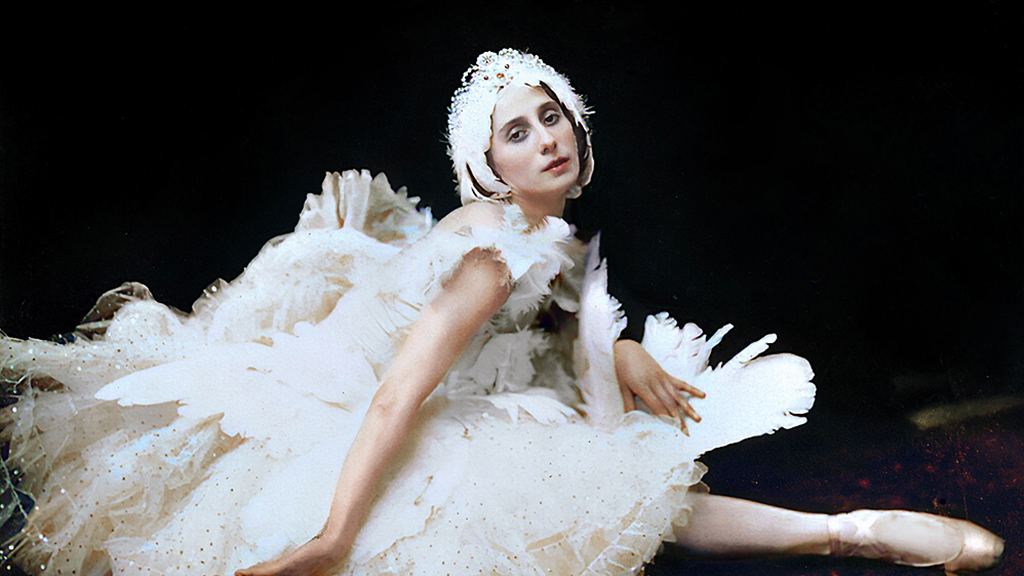 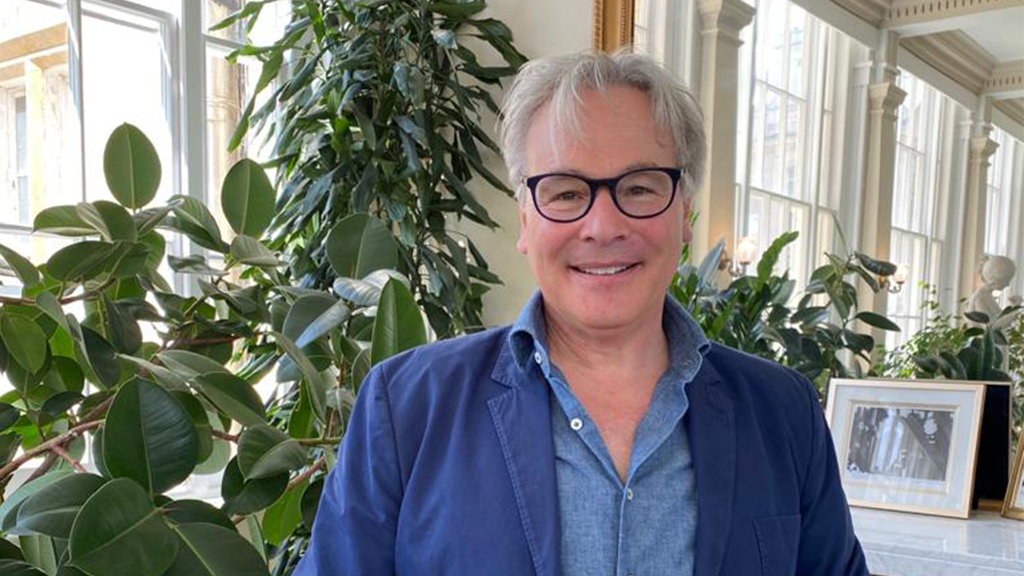 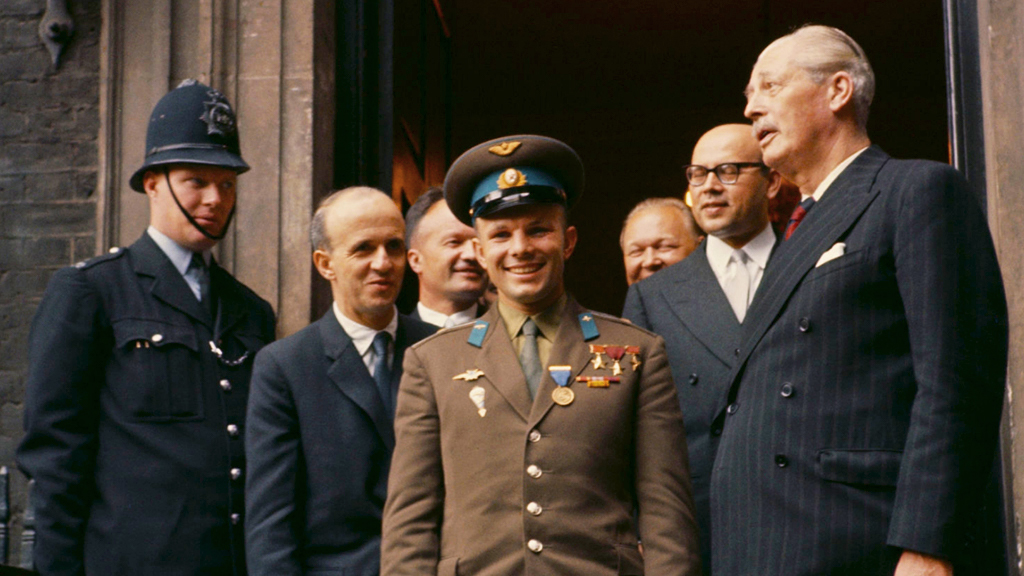